Children of the world short stories and colouring templates: Leilani

“Aloha Kakahiaka!” This is how Leilani usually greets her family at the breakfast table after getting up every morning. Leilani is 12 and lives on Hawaii, an island off the coast of Central America which is nevertheless part of the USA. This is why the islanders not only speak Hawaiian but also English. Hawaii is not only one island, but several, although some of them are really tiny. Leilani lives on Maui, the second largest of the islands.
But Leilani does not go to school on her bike or by bus. No, she goes to school on her skateboard! And she is now pretty good on it, too. She was seven the first time she tried it out. Her brothers used to laugh at her because they said skateboards were for boys, not girls. But Leilani didn't really care what they said and continued to practise.
Once she gets to school, she continues with sport. She has double PE - Leilani’s favourite subject. The special thing about Hawaii is, you don't just learn to play things like basketball and volleyball in PE, you also learn how to surf. Admittedly, a pretty obvious choice with the sea all round them. In the PE lessons, they do practical training as well as theory and dry training. Because surfing is not nearly as easy as it looks. But Leilani always finds the theory pretty boring. She is a natural when it comes to surfing. Perhaps it is because she has had some practice with her skateboard. Then in the afternoon she has another two hours of practical training. You can either borrow a surfboard from school or buy one. Leilani got her surfboard for her ninth birthday. It now has quite a few dents and scratches, but Leilani still loves it.
After surfing, Leilani has to hurry to make sure she gets home on time. Because tonight, Leilani's family is having a big family celebration. On Hawaii, it is called a luau. At a luau, they dance traditional dances, the most well-known of which is the hula. The dance always tells a story. The hula is always accompanied by various instruments, such as a pahu. This is a standing drum which is made from a hollowed out tree trunk. Leilani’s father used to play a pahu. Sometimes Leilani is allowed to play the drum for a few minutes. A luau sometimes goes on late into the night, but luckily it is the weekend and Leilani does not have to go to school tomorrow. 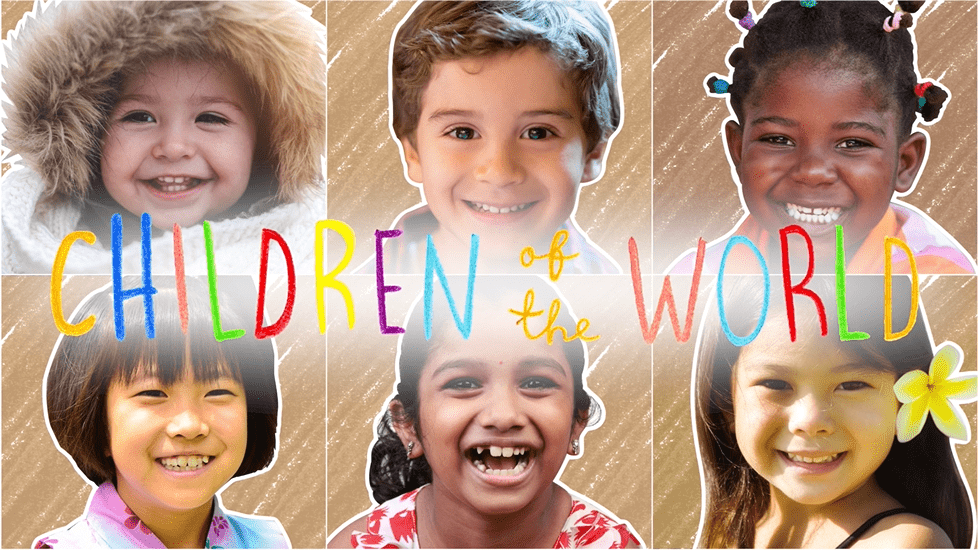 Learn more about our other children of the world